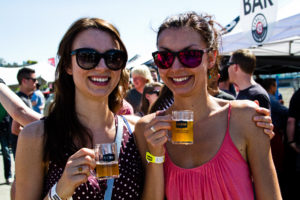 In the fourth annual BC craft beer survey we asked you, BC craft beer drinkers, about your favourite events breweries and beers. Compiling the results we have come up with the top 5 in each category. From Best Craft Beer Event to Best BC Craft Beer, here are the 2016 Beer Me BC People’s Choice Awards.

The people have spoken! Do you agree? Did you vote?

To find out who won > visit BeerMeBC.

Congratulations to all of the winners! The craft beer culture in BC is alive and thriving. It’s a great time for us in BC. A special congrats to our Vancouver Brewery Tours partners Brassneck Brewery and Faculty Brewing.

Beer Me BC was founded in 2012 by Dustan Sept. In the early days it was a personal account of craft beer adventures within British Columbia. Quickly the site evolved to become an industry voice for craft beer within the province. Today, Beer Me BC is the largest online news source for craft beer news, events and reviews coverage in BC. Grab a pint and come along for the ride!

Customize This with Sigil and Growler!
Scroll to top