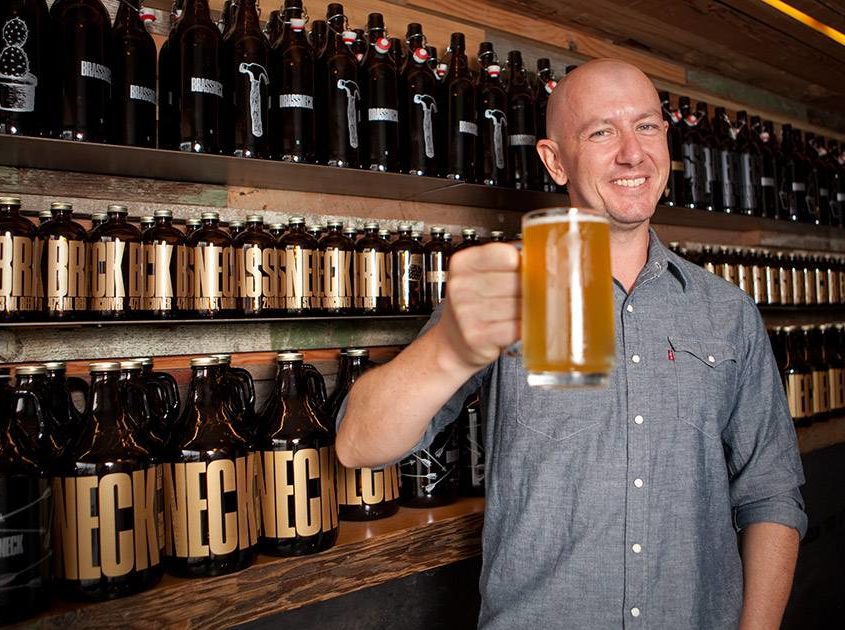 With no end in sight to Vancouver’s obsession with craft beer, Ryan Mackey is glad he hopped on the wagon early. Growing up brewing in his basement with his dad, Mackey developed an insatiable passion for craft beer at a young (but legal) age. Now the owner of a company that shares the best of the city’s local breweries with thousands of thirsty clients on an annual basis, Mackey’s love for beer is unwavering.

Opening Vancouver Brewery Tours in June 2013, his venture into the world of craft beer began out of admiration for local breweries and the people who work in them. Organizing three-hour tours of some of the city’s most brewery-dense neighbourhoods, Mackey has led locals and out-of-towners alike through tasting adventures, introducing them to styles and brews that are inherently West Coast.

With a fleet of three vans and a staff of seven guides, his company offers multi-brewery visits seven days of the week and often hosts special events that are specific to styles, for those who might want to delve deeper into sours or IPAs. (This year, the company even hosted a Big Lebowski–themed bowling tour. There were no White Russians, but we’re sure the Dude would have approved.)

With his next-level knowledge of the local industry, Mackey was happy to share his picks for the best of Vancouver’s craft beer scene.

“This is a tough question, as there are so many great breweries to choose from. It’s hard to beat Brassneck for the quality and ever-changing beer selection. I always look forward to the understated Mr. Personality Amber Ale when it’s released and usually pick up a growler fill of the always available Passive Aggressive Dry Hopped Pale Ale. They nail it every time.”

Bar with the best selection of beer on tap

“I’m a big believer in drinking locally, so I look for somewhere that focuses primarily on beers from Vancouver and B.C. For that reason, I love the Alibi Room, because of the selection and rare local releases—and with the option of ordering beer flights, you can try many at once. I also really enjoy the new Storm Crow Alehouse on Broadway. They have a solid local selection and I feel right at home with the sci-fi/nerd bar theme they’ve created.”

Best beer-related event in the city

“I’ve missed it two years in a row, but I really want to check out Farmhouse Fest at UBC. A few friends have said it’s the most unique festival of the year, as it focuses on some of my favourite styles, like wild ales and sour beers. Other than that, the main festival for Vancouver Craft Beer Week in June is super fun, and the PNE is perfect for a festival: lots of shade and places to hang.”

“That would have to be Glacial Mammoth Extinction by James Walton at Storm Brewing—$1,000 a bottle, 25 percent ABV, and adorned with a 35,000-year-old piece of mammoth tusk—say what?!”

“Some of my go-to beers this summer were the Guardian White IPA from Strange Fellows and the La Maison Wild Saison from Four Winds.”

“I love the great selection for craft beer at Legacy Liquor and Brewery Creek.”

Best park to illegally enjoy a beer in

“Your sippy-cup game has to be strong, but I love a beer at Kits beach on a warm, sunny evening.”

“ ‘Are you running another tour after this? Because if so, let’s do it again!’ I may have heard that a few times over the years.”

Best patio for crushing a pint

“Tap & Barrel in Olympic Village has a killer patio and a great view of the water. I also like Darby’s in Kits for the beer list, and because it’s stumbling distance from the beach, which makes for a great day.”

Best bottled beer in the city

“I tip my hat to the team at Strathcona for making craft beer available in 40-ounce bottles; they even serve them in a paper bag!”

“Find another tasting room and drink another couple of beers.”

“I’m probably biased, but the folks at Sigil and Growler made a custom “Dude Abides” growler for our Big Lebowski Bowling Tour this year, and it was a hit!”