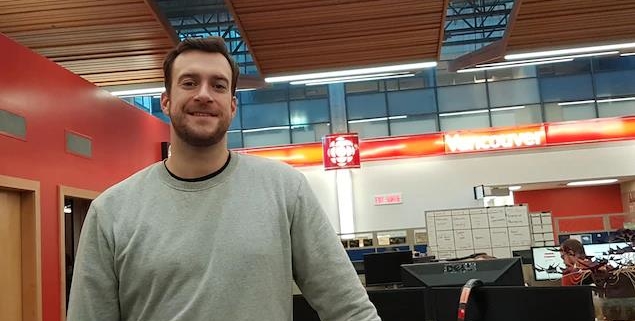 On Tuesday January 15, 2019, our Tour Manager Jeremie Metcalfe woke up a little earlier than usual and headed down to the CBC studios on Georgia Street in downtown Vancouver. Vancouver Brewery Tours had been chosen to come in and give an interview on Phare Ouest, a French radio program based in Vancouver, on Radio-Canada, the French arm of the CBC. This program is broadcasted across the country LIVE from 6:00am to 9:00pm PST.

Jeremie originally hails from Montreal, Quebec, but has lived in Vancouver for 14 years now. While he is fluent in French, and his mother’s family is 100% French-Canadian, he doesn’t speak French all that often anymore unless he is speaking with family on the phone or on a visit back home. He was a little worried about his French speaking abilities on live radio, but after a little practice and some quick work on Google Translate to ensure he knew all the beer/brewery/brewing words in French he was ready to go! He did stumble on the French word for encyclopedia when describing our guide Cam, but he got through it with a little help from the host. 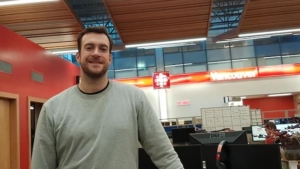 Jeremie at the CBC/Radio-Canada studios

He spoke with host Marie Villeneuve for about ten minutes on Vancouver’s craft beer scene, the breweries themselves and of course, our tours and amazing staff. Marie herself is a big craft beer fan and was eager to have us on the radio. A great experience!

You can listen to the interview here: http://www.radio-canada.ca/util/postier/suggerer-go.asp?nID=4358071 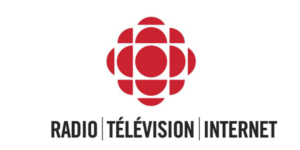