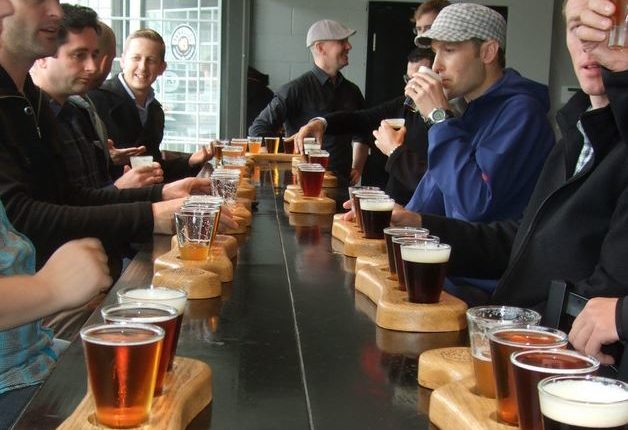 If you know someone who’s got a slight fixation on all things brew-related, then you need to put Vancouver Brewery Tours on their radar – or better yet, buy them a Brew Tour gift certificate for Christmas and hop along for the ride.

As Vancouver’s first and only company to focus exclusively on craft brewery tours, Vancouver Brewery Tours has carved themselves a nice little niche.  Their simple goal being to connect beer fans with the burgeoning craft beer scene popping up around town.  With half a dozen new breweries on the scene already (Powell Street Brewery, Bridge Brewery and Four Winds come to mind) establishing Vancouver as a premier tourist destination for craft beer tours makes complete sense.

Beer lovers Ryan Mackey and Stephanie Soebagio joined forces to launch the company this past June and their tour company aims to offer guests an exclusive behind the scenes vantage point of the city’s craft breweries. With so much buzz around beer in YVR, tour destinations have been consistently changing – keeping tours (and brew) fresh.

Vancouver Brewery Tours in the Press